Christ is risen: He is risen indeed, Alleluia! 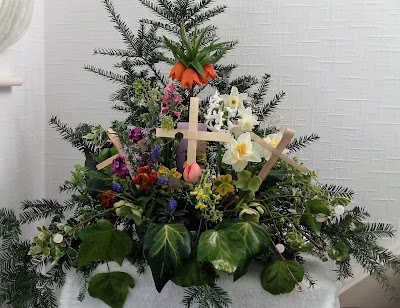 He Is Not Here, He is Risen by Christopher Wood-Archer is licensed under a Creative Commons Attribution-NonCommercial-ShareAlike 4.0 International License.